There’s no doubt that choosing between a Makerbot vs. Flashforge 3D printer can be a difficult decision, especially given the similarities between the two.

In fact, the two have so much in common that the Flashforge Creator Pro is often referred to in the maker community as a less-expensive clone of Makerbot’s signature model, the Makerbot Replicator.

Still, just because it’s cheaper, does that mean the Flashforge is always going to be the better deal or is it still worth splashing out for the genuine article in the form of the industry-leading Replicator?

In this guide, we’ll put the two models head-to-head to determine once and for all which is the better printer. 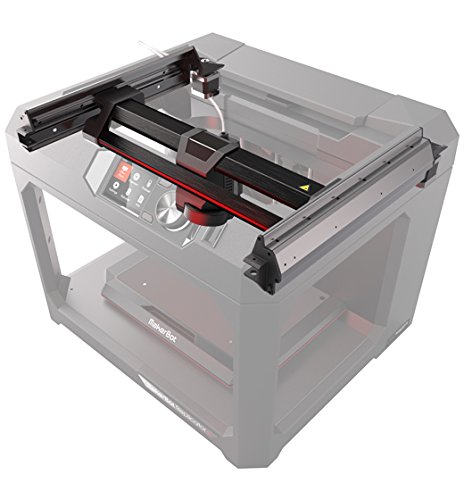 If you read our recent guide comparing the Makerbot Replicator to the Dremel Digilab 3D45, you’ll probably recall that the most immediately noticeable feature of the Replicator is its open design.

The popular printer leaves the front and sides fully exposed, which makes it easier to not only watch your print-in-progress up-close and personal but, more importantly, makes the whole printer much more accessible if you need to get inside to troubleshoot.

The Flashforge Creator Pro, on the other hand, features a fully closed design similar to the type you’d find in printers such as the Elegoo Mars and Anycubic Photon.

In this respect, at least, many makers would consider the Creator Pro to be superior to the Replicator as a closed design as they tend to be safer, less noisy, and more importantly, prevent warping so that you get a consistent finish with a wide range of materials.

There’s no doubt that when it comes to building volume alone, the Makerbot Replicator is the better of the two.

The printer is at least several inches taller and the better part of an inch bigger in terms of width and depth than the Flashforge Creator Pro, meaning you have a much greater capacity for printing larger projects. 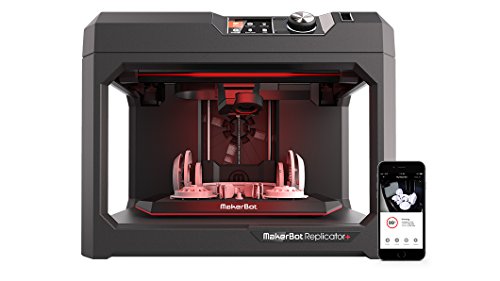 One of the biggest drawbacks of the Makerbot Replicator is that it’s only designed to work with polylactic acid (PLA), a fast-melting thermoplastic that is cost-effective and durable while also relatively eco-friendly.

While that may be enough for some makers, you may prefer to work with other materials such as nylon, Acrylonitrile Butadiene Styrene (ABS), or Polyethylene terephthalate glycol (PETG).

Unfortunately, you won’t have much look with the Creator Pro either.

While it does do slightly better here in the sense that it can also be used with ABS, your choice of filaments is still going to be pretty limited.

Here’s another category where the Creator Pro starts to outdo the very model it’s accused of being a mere clone off.

Since it only works with PLA, the Replicator lacks a heated print bed, whereas the Flashforge model does.

Indeed, the Creator Pro features a 6.3mm aluminum build-plate that is temperature resistant up to about 130°C.

On the downside, the Creator Pro’s print bed doesn’t feature automatic leveling, which can be tricky for those new to 3D printing and time-consuming for any maker regardless of their experience level.

Again, the Creator Pro has a lot of appeal in the form of two separate extruders.

This means that you can print supporting structures at the exact same time as your main model or even use them to print in two different colors simultaneously.

To be fair to the Replicator, while it only features one extruder, it is the brand’s own patented Smart Extruder, which not only makes the printing process easier but ensures more reliable results.

We’re particularly big fans of the Smart Extruder’s filament detection features which pause the job when your PLA filament runs out and alert you via your app before picking up where it left off once replaced. 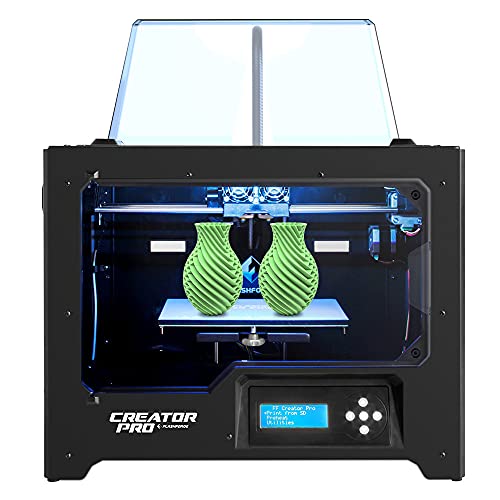 If you’re a Linux user, then Flashforge is going to be the one for you as it’s the only one of these two printers that come with Linux-compatible software.

It also runs on Windows (Versions 7+) and macOS (Versions 10.9+), just as the Replicator does.

Unfortunately, neither models are immediately compatible with both offer software itself is both smart, intuitive, and beginner-friendly.

In terms of supported file types, both will support the .stl file type, while the Replicator also works with MakerBot and .obj, and the Creator Pro supports .gcode and .x3g.

Where the Makerbot definitely triumphs over its more affordable adversary is in terms of remote monitoring.

The Replicator features a handy 640 x 480 resolution camera that can be streamed directly to your computer thanks to the onboard WiFi connectivity.

The Creator Pro, on the other hand, not only lacks a camera but also lacks in-built WiFi capabilities. As such, if you wanted to watch your print-in-progress, you’d have to invest in one of the best 3D printer cameras and a WiFi SD card to make that happen.

Once again, the Makerbot Replicator wins the round as it offers more reliability, consistency, and precision than the Flashforge Creator Pro.

Not only that, but the Replicator is also well regarded as one of the fastest printers on the market, meaning you’ll get great-quality results in a fraction of the time.

That’s not to say that the Creator Pro isn’t good. It still produces excellent quality results for the money, but in terms of performance, at least, you really do get what you pay for with both Flashforge and the more expensive Makerbot printer. 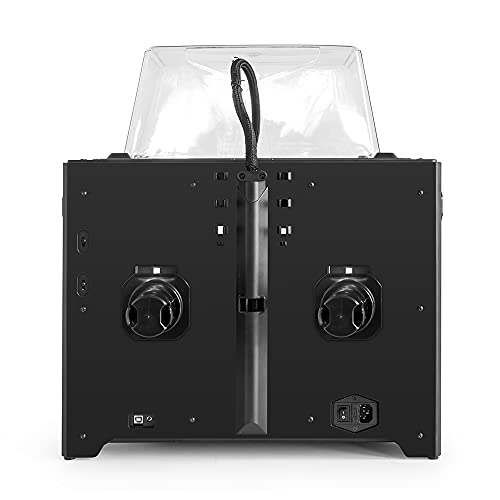 Is Flashforge A Makerbot?

No, Flashforge and Makerbot are two separate brands making two separate printers, though the Makerbot Replicator and FlashForge Creator Pro are very similar.

Can I Use Cura With Flashforge Creator Pro?

Yes. A third-party extension exists which connects your Creator Pro with Cura 4.5 BETA or above.

Is The Makerbot Replicator Worth It?

If it’s within your budget, the Replicator is certainly an excellent purchase as it offers superior quality, fast printing, and consistent results.

Makerbot Replicator vs. FlashForge Creator Pro: Which Is The Best 3D Printer To Buy?

The Makerbot Replicator and FlashForge Creator Pro may have a lot in common, but it’s the little things that set them apart that will ultimately make all of the difference when it comes to deciding which model to purchase.

If you have a large budget and you’re prepared to pay top dollar for top quality, the Replicator is the one for you and will ensure you get the fastest, most reliable printing of the two models.

However, if you are looking to keep costs down, you’ll find that the FlashForge Creator Pro still delivers great quality along with several incredibly useful features that its more costly competitor lacks, such as enclosed housing, double extruders, and the ability to print in ABS.