I was surprised to see 3D printed products made from hemp filament in a popular online marketplace, so I took it upon myself to learn more.

What is hemp filament? 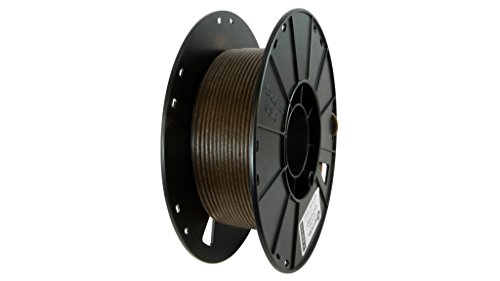 Hemp filament is a 3D printing material that is made from fibers from the cannabis plant.

When cannabis is grown for its fiber, it is called hemp. These cannabis plants contain negligible amounts of THC, the primary active ingredient in cannabis.

Hemp has been used for thousands of years for its strong fibers, only falling out of favor in the early to mid-20th century as many governments restricted its usage. In recent years, however, hemp has made a big comeback. It has begun to be used for its strong and flexible fibers once more.

Though hemp was often used for ropes, baskets, and clothes in the past, it is now being used in high-tech applications.

Hemp is even being used in the 3D printing world. Its unique look and combination of strength and flexibility make it an ideal material for use in a filament. Read on to learn more about how hemp filament is made.

How hemp filament is made 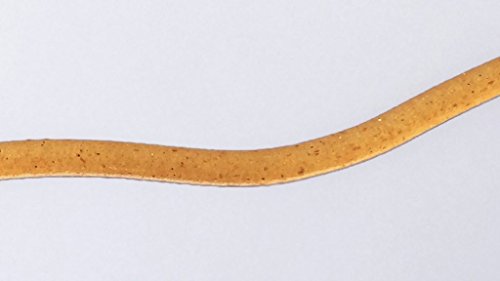 Filament cannot currently be made from hemp alone. The hemp filament that is commercially available right now is made from a mixture of hemp and polylactic acid (PLA).

Polylactic acid is derived from natural sources and is biodegradable. It is also quite versatile and affordable. In fact, it is often used in other hybrid filaments (e.g. hybrid wood and PLA filament).

The process of creating a hemp filament is similar to the process used in creating other hybrid filaments.

The hemp plant is ground up into a powder, then mixed into the PLA when it is in liquid form. The mixture then hardens and is shaped into filament that 3D printers can utilize.

One key difference in the manufacturing process of hemp filament is that color is rarely added. This is because the natural look of hemp is one of the main unique selling points of this type of filament.

This is another similarity that hemp filament has with hybrid wood filament. The unique natural look is great for makers who plan to sell their products, as hemp products will certainly stand out in the crowded 3D printed object marketplace.

If you aren’t sure about the legality of hemp products in your jurisdiction, make sure that you check the local laws before purchasing hemp filament.

Even if hemp products are not yet legal in your jurisdiction, keep an eye on the progress of any relevant legislation. Many governments are legalizing hemp these days.

Why hemp filament is used in 3D projects

Some critics of hemp filament might say that companies simply include a small percentage of hemp in PLA filament as a marketing exercise.

This small percentage of hemp is too low to significantly alter the properties of the filament.

Hemp filament does offer one legitimate benefit. It provides a unique look that will set your projects apart from those made with traditional filament. This may not be a big deal for you if you are a hobbyist.

However, if you are planning on selling your projects, this unique look may help you sell your stuff.

Printing with hemp filament is similar to printing with normal PLA filament. However, there is one important difference in the printing process.

Hemp filament can be printed at a slightly lower temperature than normal PLA filament. The temperature difference is around 10 degrees Celsius for most hemp filaments, though it might change slightly depending on the product you use.

Hemp filament is also low-warp. This means that it will not distort very much during the cooling process.

Some filaments have a tendency to warp during the cooling process.

Objects made from these filaments must be placed on a heating bed to minimize warping. This is not necessary with hemp filament.

However, it should be noted that this property is not exclusive to hemp filament. Many modern PLA-based filaments have been designed to greatly reduce the incidence of warping.

Hemp filament also has little to no odor. Again, this is a property that hemp filament shares with most high-quality PLA filaments.

However, many makers who are interested in hemp filament are concerned that their projects will have the telltale smell of cannabis. Hemp filament has been designed to ensure that items made using this material do not smell like cannabis. 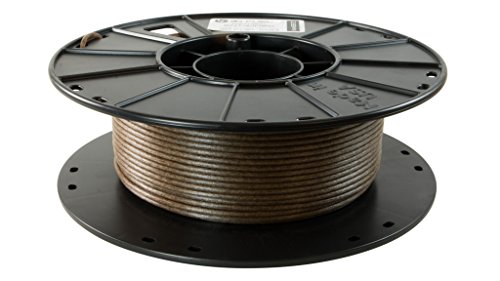 Hemp filament is still very new to the 3D printing world, and it occupies a small niche. Though it does have some unique qualities, it is still mostly seen as a novelty. Therefore, only a small portion of 3D printing enthusiasts seek out hemp filament.

This small level of demand has only lead one manufacturer to produce hemp filament at this time. Though the popularity of hemp products suggests that demand for hemp filament will grow, leading to more products on the market, 3D-Fuel’s Entwined has been the only option for several years now.

3D-Fuel is well-known for offering unique hybrid 3D printing filaments. They offer a beer hybrid filament and a coffee hybrid filament in addition to their hemp filament.

However, their hemp filament, Entwined, is certainly the company’s best-known and most successful product.

The main difference is that the hemp powder used in the product has been ground more finely than in the original version. The smaller particle size allows 3D-Fuel to include a higher percentage of hemp in the filament.

Entwined uses a PLA base mixed with its exotic element. This makes Entwined easy to work with, as it has very similar properties to the standard PLA filaments that you likely have experience with.

Entwined is only available in 1.75 mm diameter. This is one of the most common diameters for PLA filament along with 3 mm. The 1.75 mm diameter allows you to include a high level of detail in your prints, though prints using 1.75 mm filament will not be as strong as those created with 3 mm filament.

Entwined is available in several different spool sizes. These sizes include 500 grams, 1 kilogram, and 4 kilograms. I’d recommend trying out the product with a 500 gram spool. If you like it, you can always order a larger spool the next time around.

The product is created using hemp grown and processed in the USA. It does not include any dyes, which gives the product a brown hue. The increased amount of hemp in Entwined gives it an even more unique look than before, as the hemp particles are clearly visible within the filament.

3D-Fuel’s stated purpose for offering the product is to offer prints with a unique aesthetic and to keep hemp byproducts out of landfills.

While Entwined is not considered to be 100% biodegradable, it is less harmful for the environment than standard petrol-based plastics.

Some makers who tried to print with the first version of Entwined noted that their printers had difficulty working with this filament. Not only does Entwined V2 have a higher percentage of hemp, but it also works in a wider variety of 3D printers.

Using hemp filament for your project

If you are looking for unique aesthetics, then hemp filament is worth a try. You should keep in mind that hemp will not make your product stronger, even though hemp fiber is noted for its strength.

Hemp filament is a novelty material that is worth trying out of curiosity for hobbyists.

However, professional makers should keep in mind that hemp products will grab the attention of potential buyers in a way that standard PLA products will not.