Resin 3D printers are growing in popularity because of their incredibly accurate prints and the technology’s increased affordability. Two of the best and most common types of resin 3D printers are Stereolithography (SLA) and digital light processing (DLP).

Table of Contents show
Understanding Resin 3D Printers
Terminology Definitions
How SLA Printing Technology Works
How DLP Printing Technology Works
SLA vs. DLP: Comparing Key Characteristics
Resolution
Layer Thickness
Print Accuracy and Precision
Print Quality
Build Volume
Application Examples
Cost
FAQs About SLA and DLP 3D Printers
Which is Faster: SLA or DLP?
Is DLP a Type of SLA?
What is the Difference Between SLA and SLS?
Is DLP Faster than FDM?
What is the Difference Between SLA and PLA?
Who Are the Main Players in the Industry?
Anycubic
FlashForge
ELEGOO
Choosing Between SLA and DLP
Related Posts:

It is important to understand the nuances of what you can expect from the final models that SLA and DLP printers create when deciding what type of printer to purchase for your specific application. To help with your purchasing decision, this article will cover all you need to know about:

While both SLA and DLP offer smooth surfaces and fine features, there are differences between the two printers. You can expect accurate models and higher build volume at better resolutions with SLA. In contrast, DLP is generally cheaper, faster, produces varying colors, and offers added structural strength. Resin can be liquid or solid form and is the base material used in both SLA and DLP 3D printers. It is typically made of methacrylic and epoxy or acrylic monomers. These monomers will polymerize and harden after exposure to light.

Light is shined into a vat of resin during the printing process to create layers of specific patterns or shapes that turn into solid objects. You then extract this solid 3D form from the liquid resin. SLP and DLP printers use a resin tank with a non-stick surface and transparent base to ensure easy extraction of newly formed layers from the build area.

Before diving into explanations about SLA vs. DLP 3D technologies, here are some definitions of common industry-specific terminology to understand: Existing since the early 1980s, Stereolithography (SLA) is one of the original and oldest forms of industrial 3D printing. An SLA printer uses a laser to deliver concentrated light into a vat of resin. The laser polymerizes the resin to form layers of print according to design specifications.

Typically, the laser will be deflected from a moving mirror to direct the beam to the specific points to form each layer. Once a layer is finished printing, the platform holding the printed form moves so the next layer can be generated. Similar to SLA printers, DLP printers use light to polymerize liquid resin in a vat. However, digital light processing (DLP) technology is rooted in the late 1980s image projection techniques. It uses a digital projector screen that flashes an image of the layer across the platform submerged in resin.

A DLP printer can create an illuminated plane and form a whole layer at once instead of having to laser light onto a single spot at a time, like with SLA printers. The DLP process results in a faster build speed.

Both SLA and DLP rely on light to create a 3D solid form from resin. Below is a comparison of the key characteristics of the resulting 3D model.

When measuring 3D forms, you need to take into account the X, Y, and Z dimensions. SLA and DLP printers use different shapes for their 2D dimensions (X and Y) imaging, so it can be tricky to compare the two based on only numerical specifications.

SLA printers XY resolution is determined by the laser’s spot size and the increments you can control the laser beam. For instance, some printers have a laser with an 85-micron spot size but can move in smaller increments for a 25 micron XY resolution.

The XY resolution for DLP printers is determined by the pixel size and depends on the projector’s resolution and distance from the optical window. Typically, DLP projectors are 1080p (full HD) and have a fixed resolution between 35 to 100 microns.

The layer thickness produced by a 3D printer refers to the third vertical Z dimension. Both SLA and DLP offer some of the thinnest layers (or Z resolutions), and you can normally choose a range of layer height options. Height options for both printers are typically between 25 to 300 microns, with the thinner the layer, the more detailed but, the slower the speed.

Having said this, SLP printers are known for their superior precision due to the fact it creates highly isotropic parts. Different DLP printer models are usually designed to target different industries and types of model creations.

Both SLA and DLP printers use resin as the main material, which naturally doesn’t have much strength. It is a liquid or solid substance you can easily mold. However, DLP printers can build strong structures with resin that is comparable to the strength of injection molding. It also allows you to build models in different colors beyond the basic black, grey, white, and transparent.

Both SLA and DLP printers create smooth surface finishes. The differences are only visible on small parts or in highly detailed models. SLA printers typically have horizontal layer lines. However, DLP uses images with rectangular voxels that provide a vertical voxel line effect.

As a result, most advanced DLP printers can highlight contour details better for model features such as eyes and brow depth on faces. Having said this, you can still expect fine details, such as thin walls and sharp corners using SLA printers.

SLA printers offer a larger build volume without compromising on quality since the resolution is independent of the build volume. You can create a print of any resolution and any size within your printer’s build area.

Both SLA and DLP printers can produce watertight models that can be useful for engineers and designers. They can create parts to solve fluid and airflow challenges in automotive use, kitchen appliances, and biomedical research. You can also use them for elastic shoe soles, creating miniatures, chess pieces, and as models for metal parts, including jewelry.

When it comes to models with detailed features, such as faces, a DLP printer specialized in this can generally offer better results.

However, DLP printers are more suitable if detailed pieces are small in size, even though they can produce bigger parts with lower resolutions.

Last but not least is price comparison. Advanced versions of SLA or DLP printers can easily be over $10,000. However, both have more affordable options for the average consumer that still produce quality results.

Which is Faster: SLA or DLP?

Generally, you can calibrate your DLP printer to be significantly faster than an SLA printer. This is because of the way the DLP projects light into the resin vat by forming a whole layer at once. SLA printers use lasers to form one point of a layer at a time.

Is DLP a Type of SLA?

No, it isn’t. While both are categorized as resin 3D printers, they use different light source technologies to create 3D models: DLP projects digital light, while SLA uses a laser.

What is the Difference Between SLA and SLS?

The main difference between SLA and selective laser sintering (SLS) printers is the materials they use and can work with.

SLA uses liquids, and SLS uses powders. SLA printers can work with polymers and resins but not metals.

In contrast, SLS can work with some polymers, such as nylon and polystyrene, but also handles metals, such as titanium and steel. SLA printer materials are also generally cheaper than SLS ones.

Is DLP Faster than FDM?

Yes, DLP printers are faster than fused deposition modeling (FDM). You can print a layer in minutes with DLP since each layer point forms simultaneously.

In contrast, FDM requires tracing each layer before building it, meaning it can take hours per layer. Sometimes, large parts can take days to print with FDM.

What is the Difference Between SLA and PLA?

Typically, PLA is suitable for the beginning stages of projects when you’re making a model or first prototype since it can keep costs low. Once the final design is confirmed, then it’s best to move to an SLA printer.

Who Are the Main Players in the Industry?

While there are many popular manufacturers ranging from Formlabs and Peopoly to EvisionTEC and UNIZ, here are three of the best 3D printer brands with budget-friendly options.

Anycubic is one of the best budget options that still offer quality features and results. Their LCD-based SLA Photon Mono SE model offers fast printing speed and extra precision suitable for miniatures. They also produce FDM printers, such as their Mega X model. 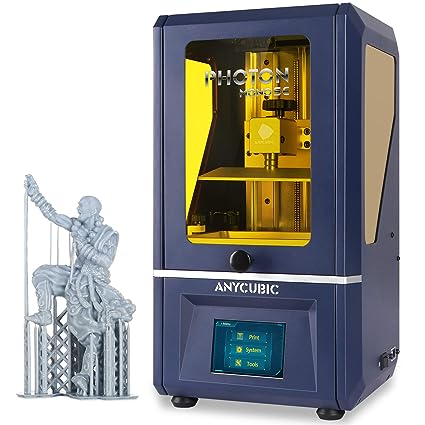 This manufacturer develops user-friendly 3D printers with features such as automatic calibration, touchscreens, Wi-Fi connectivity, and other specialty features. For example, the DLP Hunter model is targeted at jewelers with its jewelry support mode. 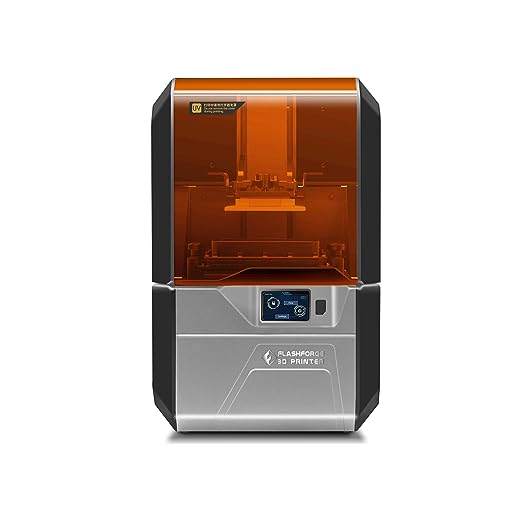 Check Price
We earn a commission if you make a purchase, at no additional cost to you.

ELEGOO manufactures some of the best affordable and quality consumer-level SLA printers on the market. One of their best sellers is the Mars 2 Pro model that offers increased build quality and accuracy. 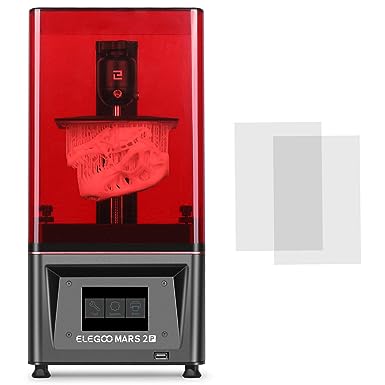 Choosing Between SLA and DLP

When it comes down to your final decision on whether to choose SLA or DLP 3D printers, it really depends on what you are trying to create, your price range, and the speed you require. Both are resin-based technologies that produce smooth finishes and durable 3D model forms.

Looking at the differences, DLP printers are generally cheaper and significantly faster, especially for creating smaller parts. However, if you want amazing finishes with great detail accuracy, the advanced DLP printer models can be pricey. In contrast, SLA printers have a larger build volume for great resolution and precision at any size despite the slower speed.